Can Solar Energy Production Be Converted to Farmland?

Find this article at:
go.ncsu.edu/readext?827052
— Written By Mike Carroll

Once farmland has been converted to solar energy production, many factors should be considered prior to converting the land back to agricultural use. This includes the cost of decommissioning, disposal, or recycling of equipment, restoration of soil fertility, checking for heavy metal levels that might limit plant growth, and checking soil for hardpans. The assumption that land in solar production can easily be converted back to farmland use is not always valid.

First, consider the cost associated decommissioning. A study by NC Department of Environmental Quality shows that within North Carolina, there are currently more  than 600 wind or solar energy production sites. Approximately 40% of these are solar production sites between 25-50 acres containing up to 250,000 solar panels per site. Collectively, these panels weigh a bit over 500,000 tons that will need to be transported, recycled or disposed. Regrettably, at the moment, disposal is the only feasible options. Perhaps in years to come this market will emerge as a viable option. Until then, cost of disposal into landfills, transportation, and associated effort will result in decommissioning cost of about $30,000 per Megawatt (MW). Within North Carolina, this equates to about $750,000-$1.5 million per site. Furthermore, ruling as to whether the battery components will be considered hazardous waste  is yet to be determined. Currently, disposal guidance for batteries is found within Spent Lead Acid Battery Management. While the battery components are still in question, lead, selenium, copper, arsenic, silver and cadmium compounds are known to exists within solar panels. These are considered hazardous waste and will need special care for disposal.

A second consideration should be the soil structure. Heavy equipment may be used to grade the site when establishing the solar energy production. Too, trenches may be dug for wiring or drainage. These activities and heavy vehicle travel will disturb the natural soil structural properties and cause compaction. Deep tillage may eliminate the problem but this will only be possible by removal of any underground wires, supporting structures, or any underground components. If not, deep tillage will not be possible. Such deep tillage may be warranted for several years, depending upon the soil type. Sandier soils will be the most prone to needing routine deep tillage. No deep tillage should be performed on clay soils or within a clay layer. Even with deep tillage, one should anticipate 20-40% reduced crop yield for 3-5 years as soil compaction issues are slowly resolved.

Two key factors will be the soil-plant nutrient level and the soil acidity. Currently, many soils have been farmed for centuries and the level of macronutrients are adequate to high for most fields. In fact, according to the N.C. Department of Agriculture and Consumer Services Agronomic Summaries from 2012, over 60% of Eastern North Carolina farmlands have potassium and phosphorus levels that do not need fertilization. However, some of the these much needed plant nutrients will leach over time and may become low. These nutrients will need to be replaced prior to conversion back to farmland.

Commonly, one argument to this statement is that the natural grass or ground cover should be fertilized during the period the land is in solar production. However, current fertilization application equipment designed for large-scale application is not set to a width appropriate for the spacing of solar panel placement. As such, transporting and spreading fertilizer will require specialized or smaller equipment. Too, many of the plant nutrients that are easily leached are also caustic or have a high salt content. Unless rinsed soon after application, fertilizer application may cause damage to the wires, supports, or panels if the applications results in fertilizer contact. Lastly, fertilization for ground cover to prevent erosion requires only a small fraction of fertilization applied for production of crops. So even if applied is applied, the amount of fertilizer in soils after years of solar energy production is likely to be very low. 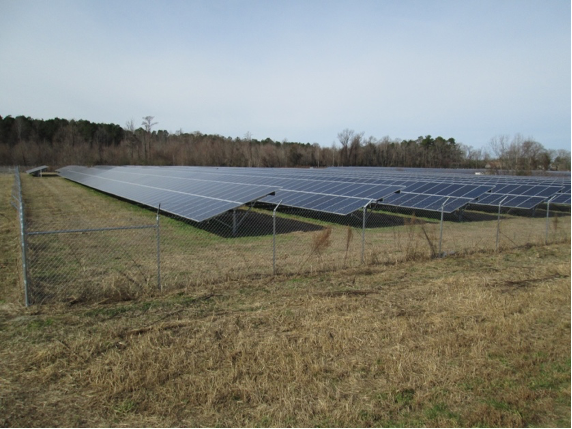 Much of the land within this area naturally has a low soil pH. Without lime additions, calcium and magnesium will leach reverting land to very acid levels limiting plant growth. Application of lime over the period of solar energy production will help manage this situation. However, just as with fertilizer, the caustic material and lack of proper spreading equipment may still limit or prohibit this application. Even if applied, lime remaining on the surface rather than being incorporated will take time to react and correct for low soil pH. In fact, surface-applied lime may never correct for low soil pH much below a few inches of the soil surface, depending upon the soil type and climate.

While often associated with low soil pH, aluminum is common within soils. In simple terms, lime applications serve to convert toxic aluminum to a chemical form that does not impede plant growth or decrease soil pH. It is unclear whether the tons of added aluminum from solar energy panels, supporting structure, wires or other components will add additional aluminum to the soil environment over time. Should this occur, then correcting the soil pH will be expensive and take many years to correct.

Equally as devastating to soil is the over-application of lime. Excessive lime rates will increase the soil pH to limit manganese. Above a soil pH of about 6.2, manganese will exist in the soil in a form that the plant cannot utilize. Foliar applications will be necessary to correct for this manganese deficiency. Regrettably, it may take years or decades for a desired soil pH to return. There is no reasonable means to correct for over-application of lime. (Suggested reading:  Soil Acidity and Liming for Agricultural Soils)

Heavy metals are known to be toxic to some plants. Zinc (Zn), as example, is toxic to peanuts. Manganese can be toxic to all plants at a low soil pH. Given that solar energy production infrastructure, wiring, and panels are composed of these metal products, it is possible that over time even small amounts of these metals may limit future plant growth. Science is clear as to toxicity for some metals and some plants. However, this level will vary by plant species and type of metal. To be fair, there are many heavy metal limits for plants that are simply not known. However, ample data exists showing that plant prohibiting Zn levels can be exceeded from waste, litter and galvanized roof structures in less than 10 years.

Perhaps more critical than zinc, cadmium telluride is a component of solar panels that is known to be extremely toxic to all plants. Additionally, according to the NC DEQ publication, Solar Panel Recycling and Disposal, silver, lead, arsenic, cadmium, selenium, and hexavalent chromium coatings are known toxic metals found within solar energy panels and considered hazardous waste. Studies examining the short term potential degradation of these elements exists but the long-term degradation of these products and potential impact on the environment is still unknown. 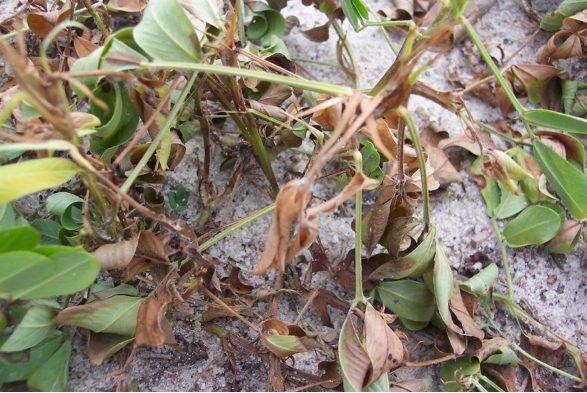 To remediate potential negative impacts of these elements and compounds may be extremely expensive. In the case of Zn, one may have slightly toxic levels that can be somewhat mitigated by carefully managing soil pH. However, high levels of this, or any heavy metal, may require spending thousands of dollars to remove soil, dispose of the contaminated soil, and replace the soil. According to the article,  Cost of Reclaiming Land Currently Used for Solar Panels Back to Farmland, estimated cost for agricultural remediation alone in 2017 was over $2,500/ac. In some cases, such as cadmium compounds, it may be cost prohibitive and the use of the land for agricultural purposes lost.

In order to avoid adding several thousands of dollars to restoration cost, the best means of action is to analyze soil specifically for heavy metals prior to establishment of the solar energy production. Compare this initial analysis to a soil sample from the same area taken prior to converting land back into agricultural production. If toxic metals exists (plant or human health toxins) remediation should be considered for the most toxic metal(s).

Environmental regulations must also be considered. Within Craven County North Carolina (and much of Eastern North Carolina), most farmland was once soil with wetland hydrology. When cleared and drained, it is highly productive. Further clearing of land considered as wetland soils was prohibited by the USDA 1984 Farm Bill. As such, land cleared hundreds of years ago until 1984 has been designed as prior cleared and is protected for farmland use. Unless the law changes, this land can be converted back to agricultural production. However, this assumes that the USDA laws and regulations do not change.

It is still unclear as to whether prior cleared wetland currently used as farmland can be converted from farmland to solar energy production and then transferred from solar energy production to some other use. Various agencies, environmental authorities, and groups may challenge this option due to the original wetland classification. As example, the NC Neuse Rules allow farmland within a buffer zone to continue as farmland but prohibits any other use if removed from farming. Likewise, the Coastal Area Management Act (CAMA), in part, was established to monitor and maintain natural resources in way to guide growth and development yet minimize damage to the natural environment. Thus, CAMA is often involved with permitting and planning within the coastal area. Should any agency or group deem the land wetlands, then legal issues would ensue. The point is simply that due to the existing regulation as well as those that might be proposed in the future, some farmland converted to solar energy production will likely not be allowed for other uses.

As the population of an area increases, so does the amount of impervious surfaces, housing, electrical storage facilities, and other infrastructures. As such, it might not be feasible for farmers to tend the land 20-50 years from today. In fact, the number of farmer is drastically being reduced by advances in technology. So, one needs to ask whether there is likely to be a farmer within the area, and if so, will it still be feasible to farm the land with added infrastructure surrounding the farm.

Another consideration with growth in population is that as impervious surfaces increase, often  poor drainage or flooding issues may become problematic. Given the current changes in weather patterns and global warming concerns, this may impact flood zones, the size of streams,  or river flooding events. All of these factors may influence whether farmland converted to solar energy production will be suitable for conversion back to farmland.