Find this article at:
go.ncsu.edu/readext?788656
— Written By Thomas Glasgow (2 months ago) and last updated by Jami Hooper
As of mid-April, we are seeing widespread damage to tender shoots and foliage of Ligustrum japonicum, known by the common name Japanese privet. In most cases, this can be attributed to the two consecutive nights of freezing temperatures that we experienced across the region in early April. The damage occurred not because Japanese privet lacks cold hardiness for our area (although it is a bit borderline); but from the profusion of tender growth that was present at the time of these late freezes. In addition, several of the plantings I viewed appeared to have been pruned earlier this year, which would have stimulated growth and resulted in even more damaged tissue. By comparison, three very large, unpruned Japanese privets had only one damaged shoot between them – at least, that I could find.
Over the past week, similar cold damage has been noted on Dwarf Burford holly, Chinese fringetree, deciduous magnolia, and other plants in the New Bern area. (Damage to centipedegrass lawns from the same event was cited in an April 7 posting on this page.)
The good news is that the Japanese privet will come roaring back, and by the time you read this new growth will likely already be evident. The bad news is that the Japanese privet will come roaring back. This is an invasive species in North Carolina (see Ligustrum japonicum), although in my experience not nearly as overpowering as Chinese privet (L. sinense) or glossy privet (L. lucidum). Consider alternative shrubs in new plantings. 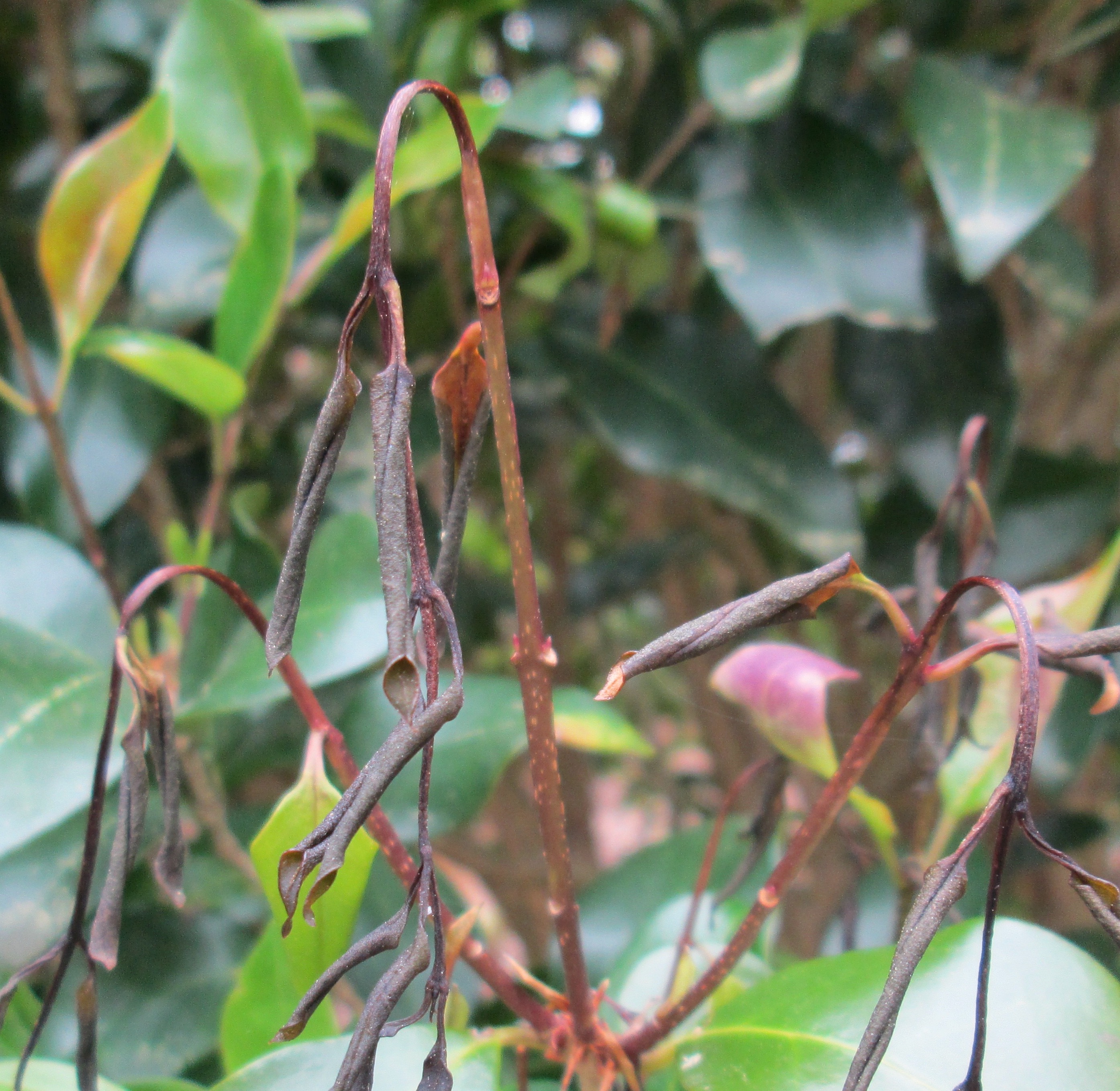 Fire blight? Not quite. Fire blight only affects plants in the rose family (Rosaceae). Ligustrum is
in the Oleaceae. This is cold damage, resulting from two nights at or below freezing in early April. 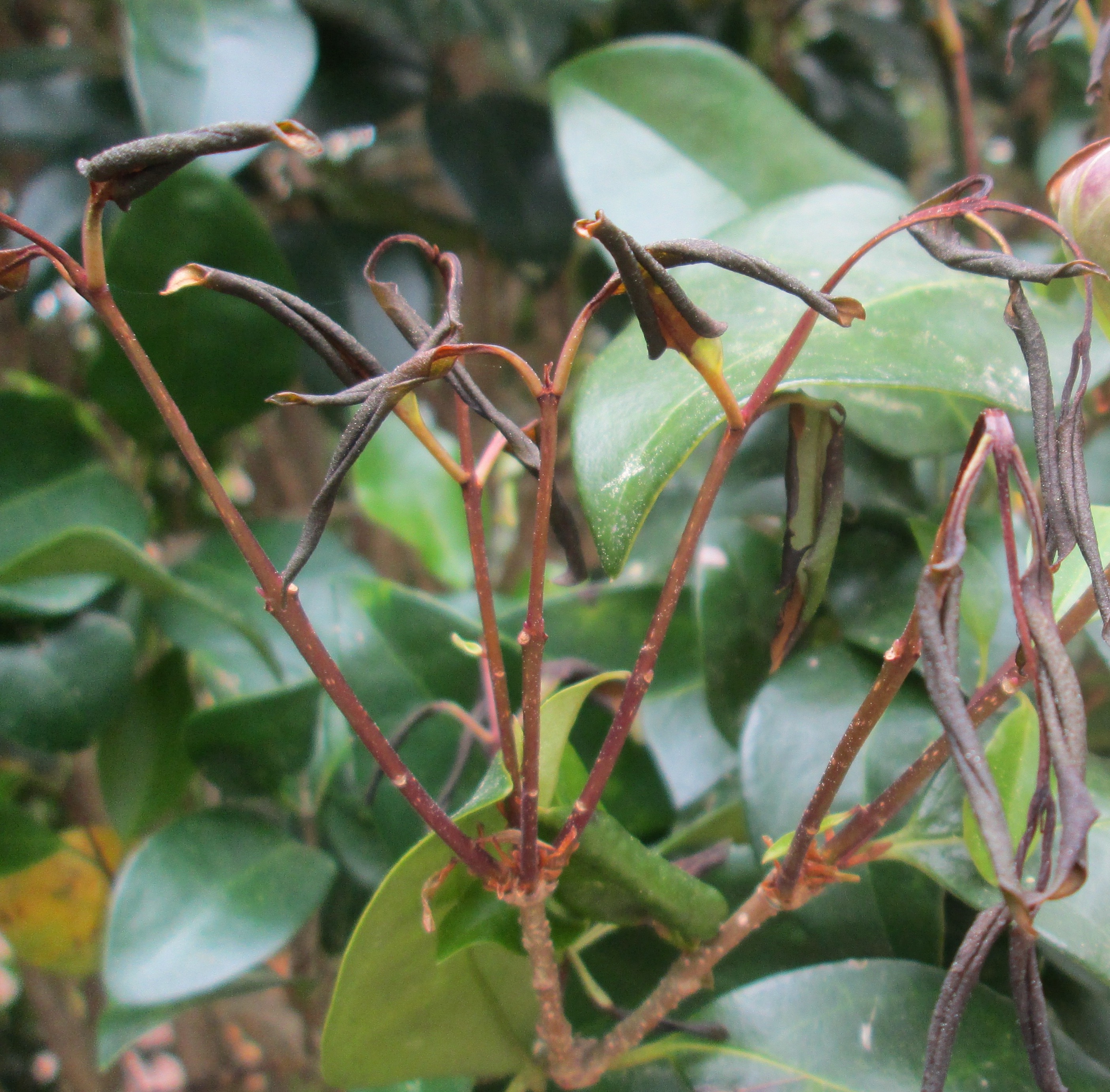 Same story on another group of Japanese privet several hundred yards away. 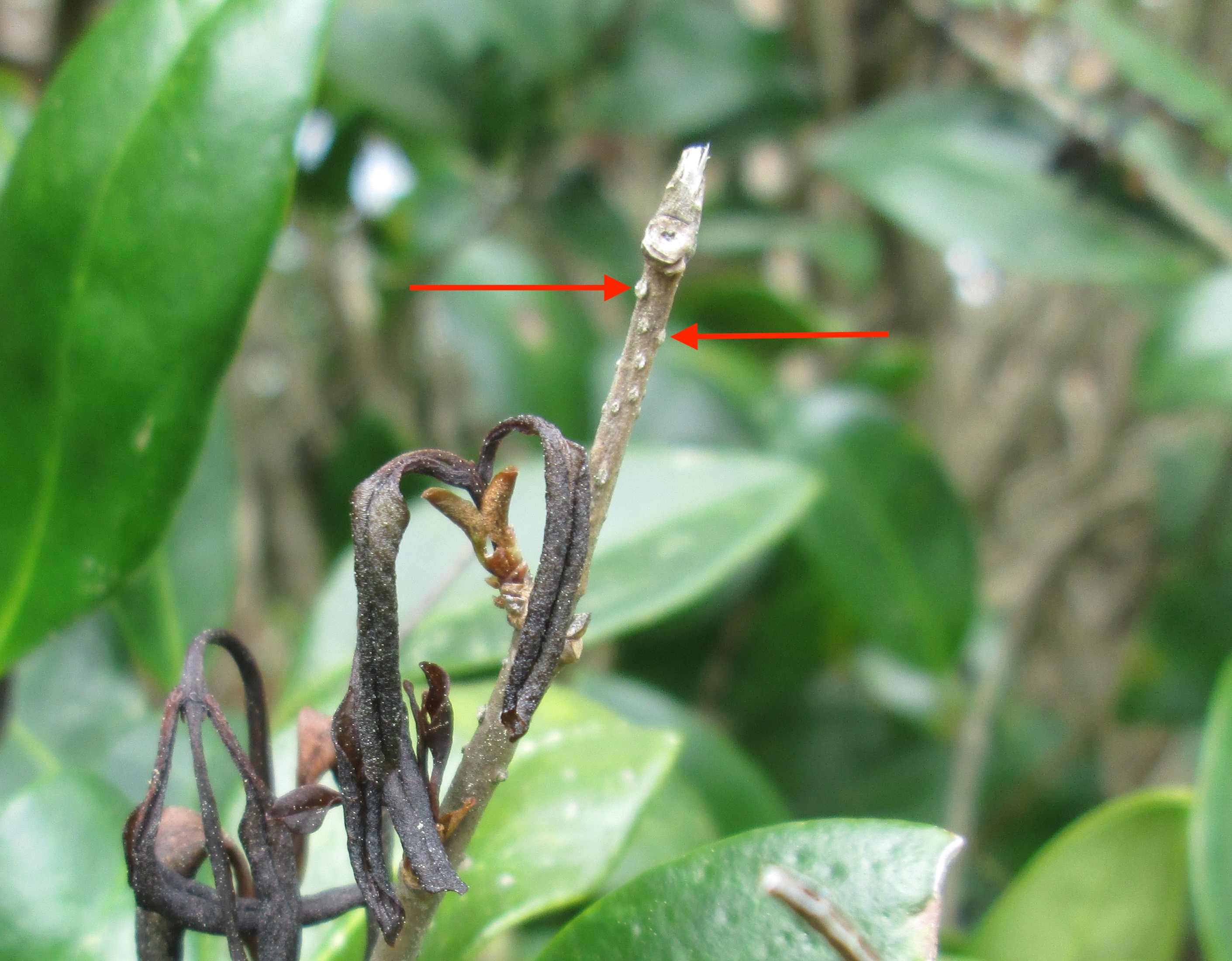 Note the prominent lenticels along the stem; a good ID characteristic for L. japonicum.