When Fire Blight Is Cool

Find this article at:
go.ncsu.edu/readext?679073
— Written By Thomas Glasgow and last updated by Jami Hooper
Fire Blight, caused by the bacterium Erwinia amylovora, is difficult to manage and can be a serious economic threat in apple and pear production. Fire Blight only affects plants in the rose family (Rosaceae), but that still makes for a very large host range. Fire Blight has received additional attention in recent years as it has become more obvious that Bradford pears (Pyrus calleryana ‘Bradford’) are certainly not immune to the pathogen. But this has actually been known for quite some time. For example, in a study published in 2005, researchers at NC State determined that among 27 taxa of flowering pears, ‘Bradford’ was about in the middle of the pack regarding fire blight susceptibility, although less susceptible than most of the other Callery pears.
We’ve also discovered in recent years that the proliferation of named Callery pear cultivars through the years resulted in successful cross-pollination and a rapidly growing, self-sustaining population of wild Callery pear trees. Callery pear has become, in fact, one of the most disruptive of all non-native invasive tree species in the eastern U.S.
The species, as compared with the various cultivars, is quite susceptible to fire blight. That’s pretty cool when you’re looking at an infected Callery pear and hoping for the worst. However, it’s not so cool when you consider that all of these infected Callery pears are contributing to the inoculum source for desirable plants, including commercial pear and apple orchards. This is one more good reason for prioritizing the control of Callery pears wherever they’re found, and not replacing ‘Bradfords’ with more ‘Bradfords’, or other Callery pear cultivars. 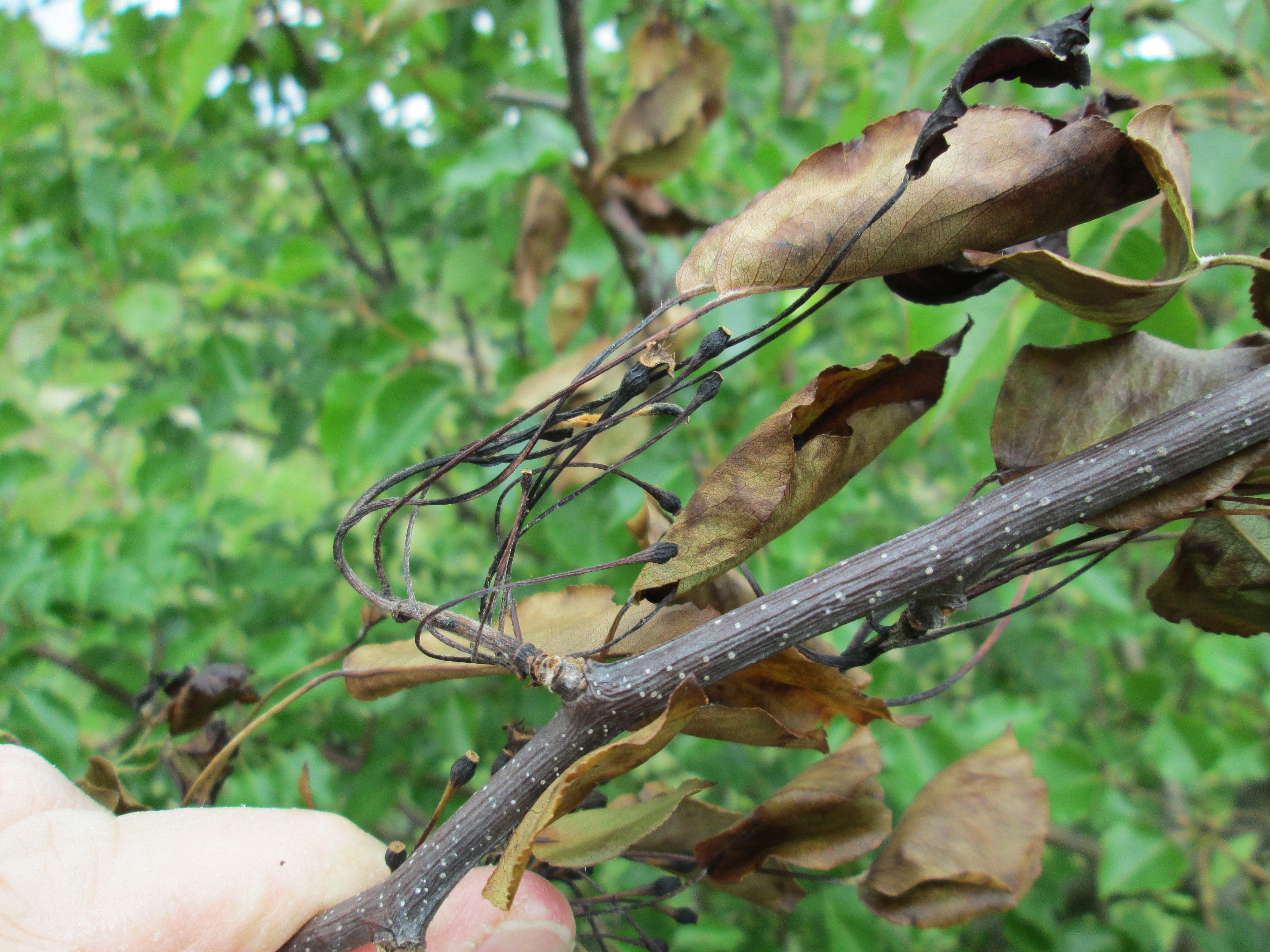