Find this article at:
go.ncsu.edu/readext?654760
— Written By Thomas Glasgow and last updated by Jami Hooper (2 months ago)

To paraphrase a retired NC State University forestry professor who I worked with for a number of years, “Tree roots go where they need to go”. I recently encountered an interesting example of this idea along a stream in the Croatan National Forest.

At some point several years ago, an American holly (Ilex opaca) seed was deposited atop a large tree stump, possibly by a bird or by floodwaters. The seed germinated, and by the winter of 2020 a holly tree of some stature had established itself on top of this stump. So far so good, but the long-term prospects for this tree are uncertain. Dr. Claus Mattheck describes similar “stilt-root” scenarios in his 1996 book, Trees – The Mechanical Design:

“Seeds which had fallen on an old tree stump started sprouting. The lateral roots of the developing shoot grow radially towards the edge of the stump. Well-anchored, they proceed bending to grow down the old stump. Competition then begins between the increase in the length of the roots and the decay of their host stump. If the lowest root tips succeed in reaching the soil below the stump and in anchoring the tree in the soil, and if the still very thin root system is quick to stiffen by thickness growth, the mechanical support of the host stump will no longer be necessary, and the young tree will have a good chance to survive.”

Unfortunately for our American holly, at least two of these major bending roots are running into interference of some sort, perhaps from beavers; consequently, the stump may collapse before the holly has established a sturdy stilt-root structure. 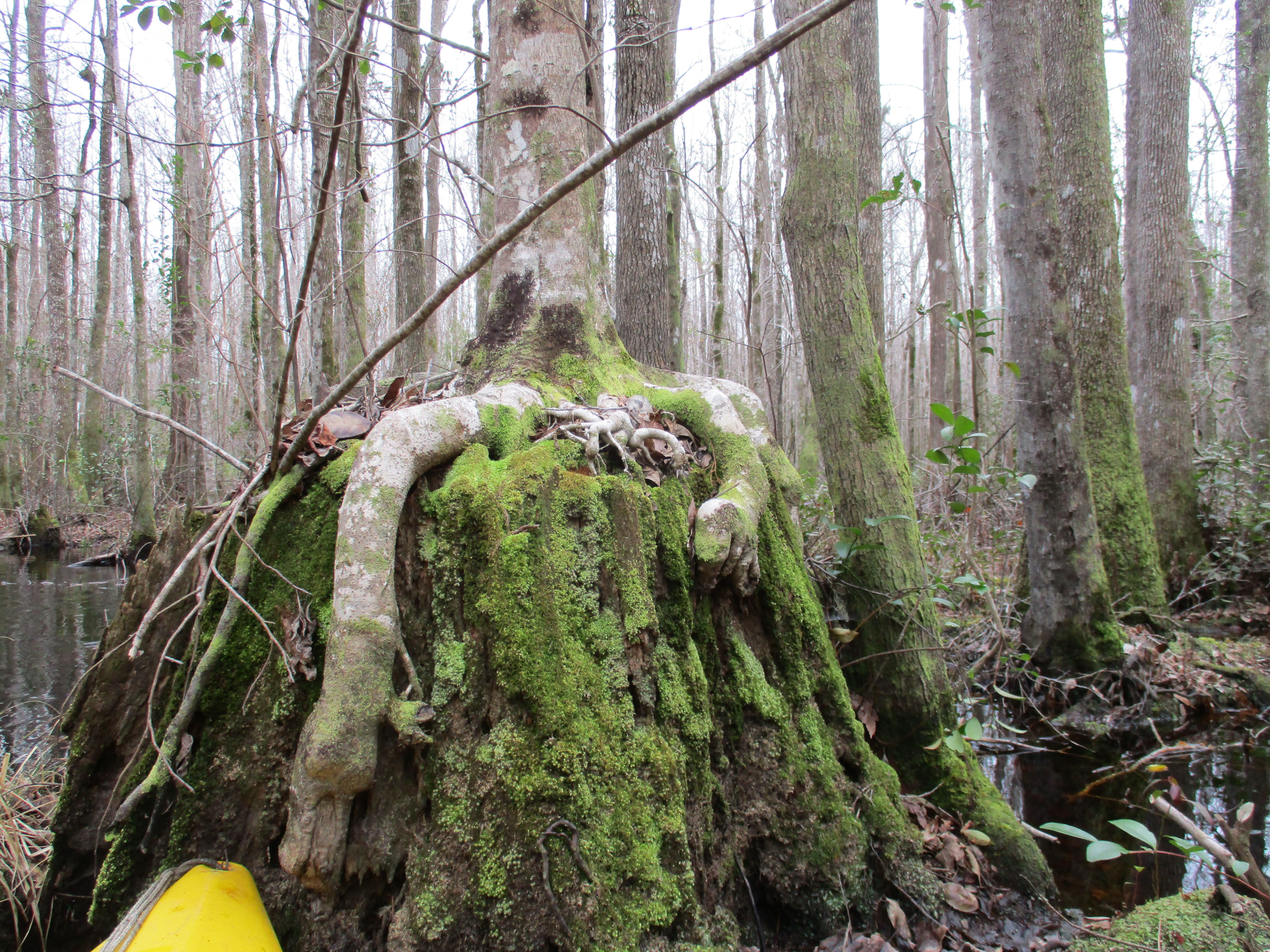