Find this article at:
go.ncsu.edu/readext?617076
— Written By Thomas Glasgow and last updated by Jami Hooper

Linking fruit or vegetable damage to a specific animal can be tricky, unless you have video of the animal in action. Or at a minimum, video of the animal being in the vicinity. One morning in early August, Extension Master Gardener℠ volunteers working in our demonstration vegetable garden found that the watermelons had been broken up and emptied by a mammal of some sort. Photos of the damaged fruit were submitted to Extension agents around the state for comment. Suggested possibilities included raccoon, fox, bear, groundhogs, wild dogs, feral hogs, wolf and coyote – all of which points to the difficulties of knowing with any certainty just from the appearance of damage. However, coyote also happened to be the primary suspect for one of our local NC WRC staff. We were advised to set up a game camera, and over the course of two to three nights obtained images of fox, possum, and at least one coyote. Based on expert advice from WRC, we’re going to blame the coyote for the watermelon mess.

We know that coyotes are showing up all over the state, and while many or most of us aren’t happy about it, this does seem to be a problem that we can live with. The following information is taken from the NC WRC article Tips on Living With Wildlife, April 16, 2019:

Similar to foxes, coyotes are now a common sight throughout North Carolina, including in residential and urban settings. While coyotes usually are wary of people and avoid human contact, Owens (Falyn Owens, WRC extension biologist) recommends that everyone, when outdoors, should be “coyote smart.”

“Being ‘coyote smart’ is about being aware that a coyote probably lives near you, and acting accordingly,” Owens said. “Coyotes view outdoor cats and small dogs as prey, so always keep your dogs on a leash, particularly small dogs, and keep your cats indoors.” If you do encounter a coyote, don’t panic — coyote attacks on people are extremely rare. Hazing, or standing your ground and shouting, waving, or throwing small objects should be enough to scare away a curious coyote. This also keeps them properly fearful of people.

To keep coyotes, foxes, and otherwise wildlife from around your home, Owens provides the following tips: 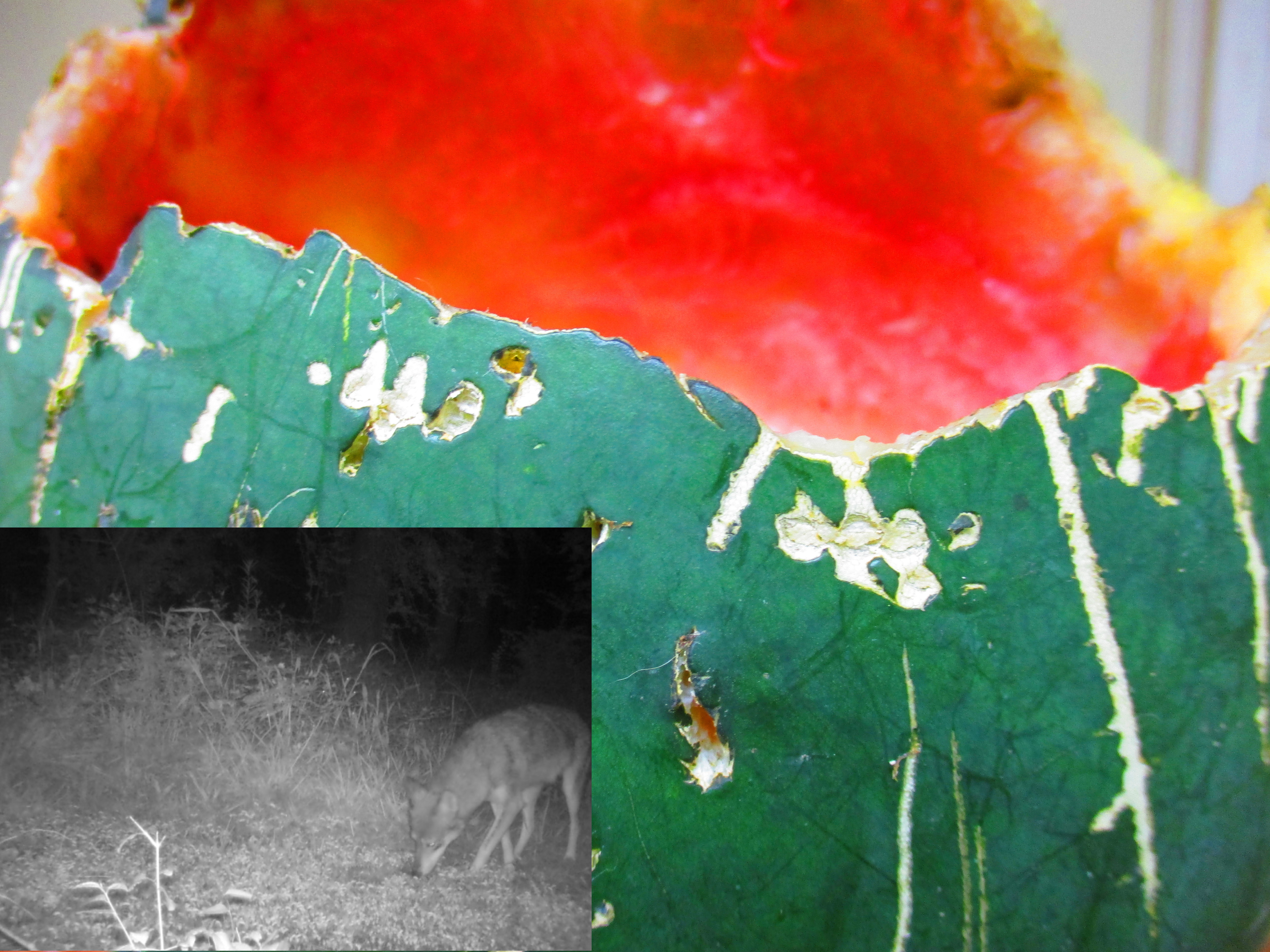 The critter and the damage done.