Find this article at:
go.ncsu.edu/readext?610065
— Written By Thomas Glasgow and last updated by Jami Hooper

Water oak (Quercus nigra) is one of the most common native oak species found in Eastern NC. While considered primarily a bottomland species, it also occurs on drier and more elevated sites, and is often encountered along streets or on residential properties. The outline of the foliage is quite distinctive (see image below), but water oak’s ability to hybridize with several other oaks can create uncertainty as to what we’re actually looking at. Local species known to hybridize with water oak include southern red oak (Q. falcata), willow oak (Q. phellos), Shumard oak (Q. shumardii), and turkey oak (Q. laevis).

While water oak certainly has value for wildlife and can add to the shade canopy of our homes and communities, there are a couple of limitations that should be kept in mind when making decisions about retention or removal. First, water oak is among the least wind-tolerant large native trees in the southeast. A survey of hurricane-damaged forests published in 2007 placed water oak in the Lowest Wind Resistance category, among a total of four categories (Duryea, Kampf and Littell, Arboriculture & Urban Forestry, 2007). Secondly, according to the USDA Forest Service, water oak is “very susceptible to disease and insect attack when growing on impervious or dry terrace soils”. Impervious, hard-packed soils are more the rule than the exception in landscapes and along streets, and this places water oak at a decided disadvantage in many cases.
Let’s appreciate water oak as an impressive, large growing native tree, while at the same time being watchful of specimens growing near targets such as streets or houses. Evaluations by certified arborists can be a great help to our decision making. 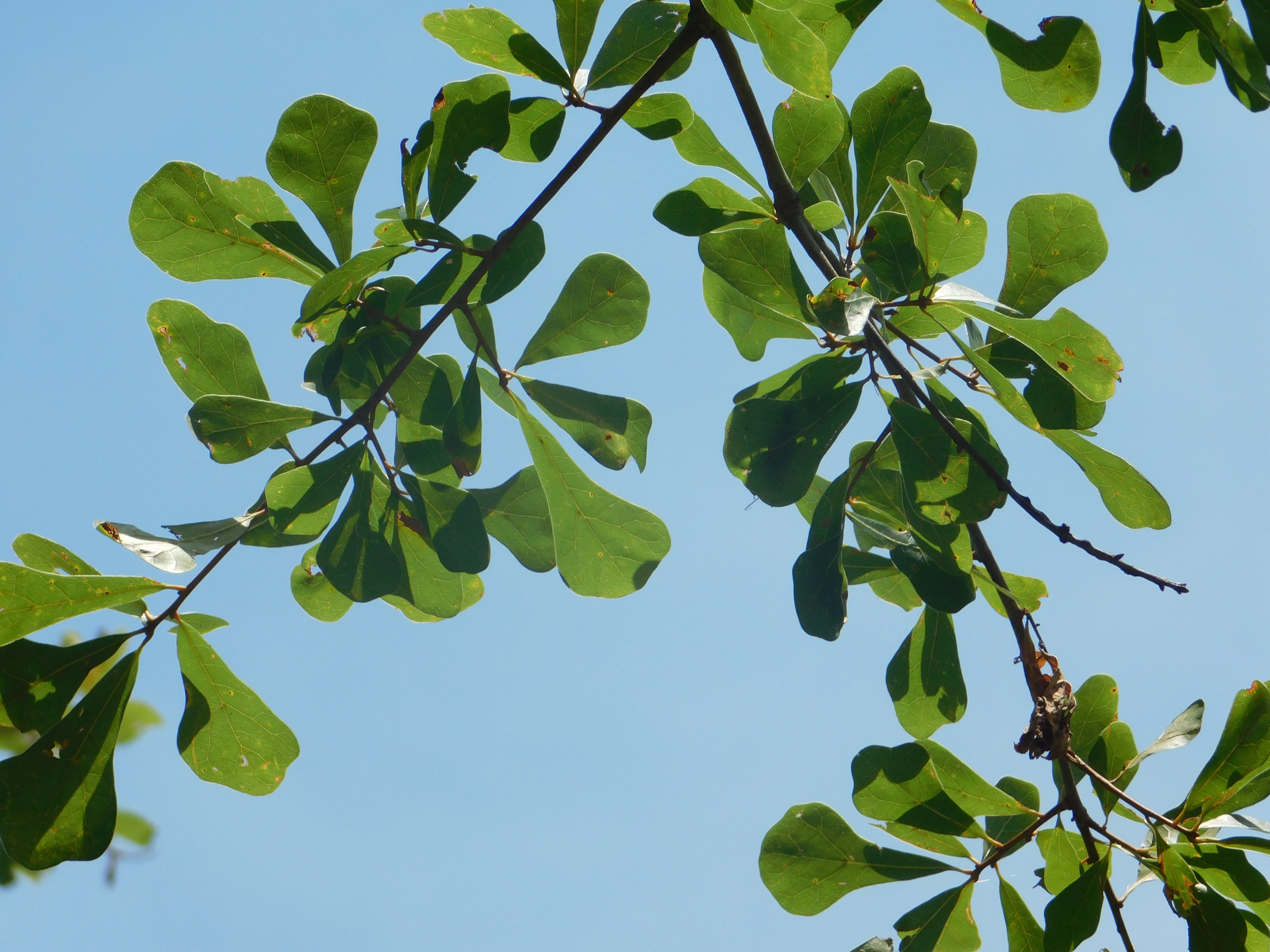 This image was submitted by a Craven County resident. It captures the familiar outline of water oak leaves against an official UNC Chapel Hill blue sky.