— Written By Thomas Glasgow and last updated by Jami Hooper
Watch for the parasitic plant known as dodder (Cuscuta spp.) this summer. There are a number of species represented across the U.S., and I won’t attempt to identify my two examples to the species level.
The first picture shows the characteristic orange or yellow-orange twining stems, as well as the developing fruit. The infested plant is a gaillardia growing on Carrot Island, just across Taylor Creek from Beaufort, NC. The dodder stems appear leafless, but according to the University of California, native dodder can be leafless or have triangular, scale-like leaves that are only about 1/16-inch long.
The second photo was submitted by a Craven County resident a few years ago and shows the development of dodder fruit on an infested muscadine grape vine.
The most practical control for dodder is sanitation. Try to remove and dispose of any stems and fruit, and monitor the site in subsequent years. 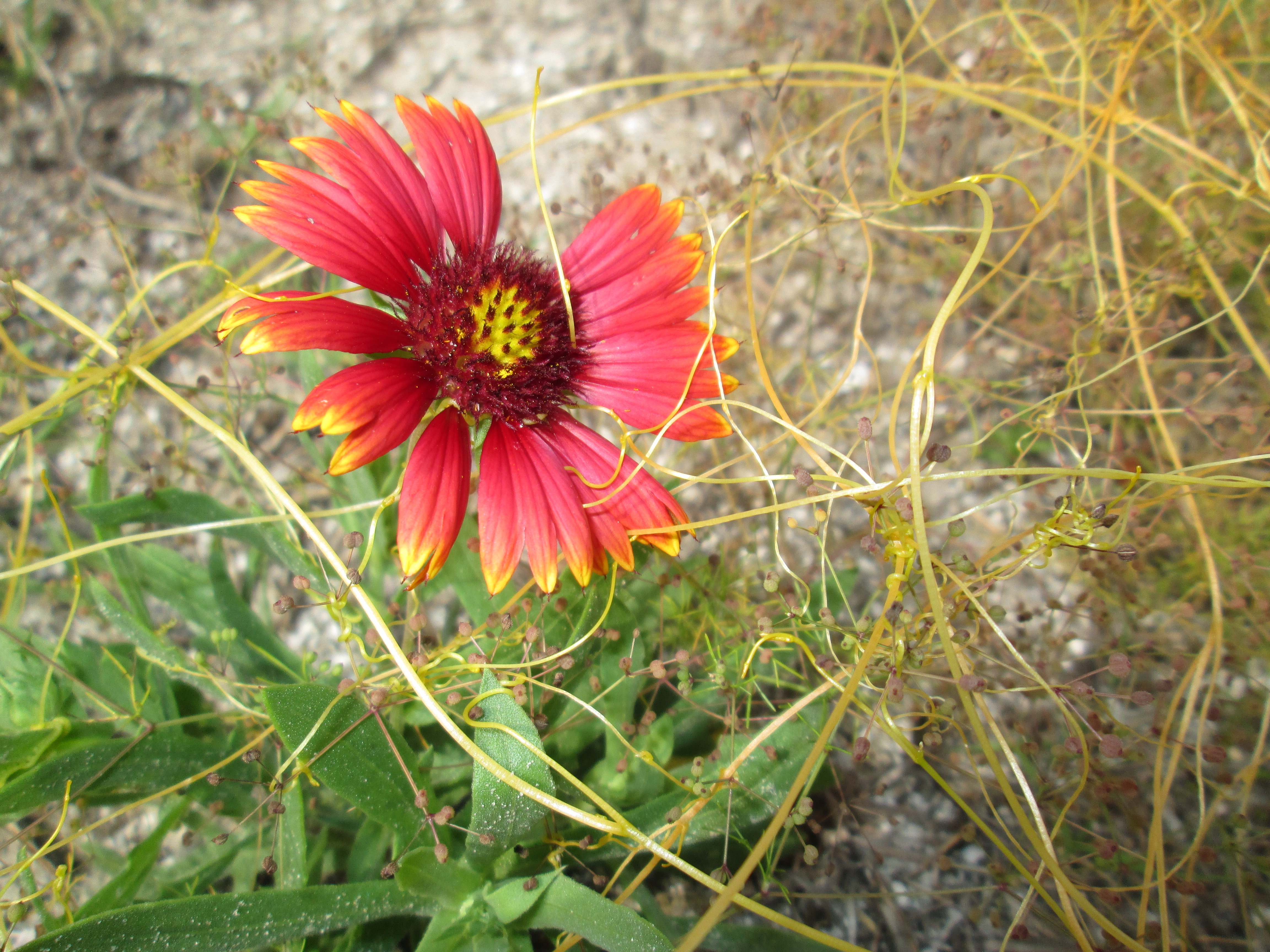 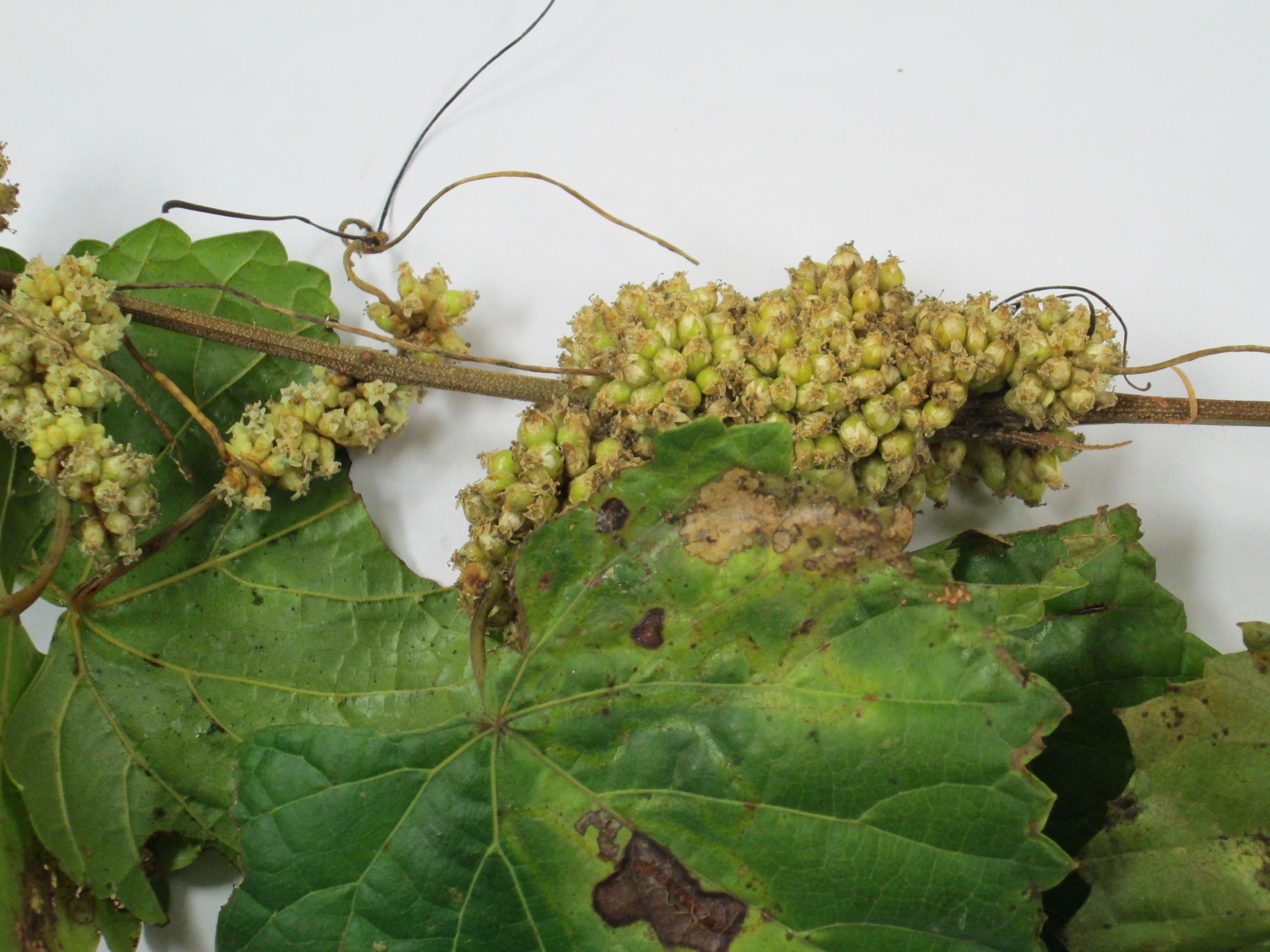