Due to potential storms and work schedule, the number of fields scouted was reduced this week. Too, no formal scouting reports will be attached to this page as provided within previous post. Rather a summary is provided below with appropriate comments.

No new tobacco budworm problems were noted. The one field approaching an economic threshold in this week’s scouting effort was originally at threshold last week. This field has recently been treated and control may improve. 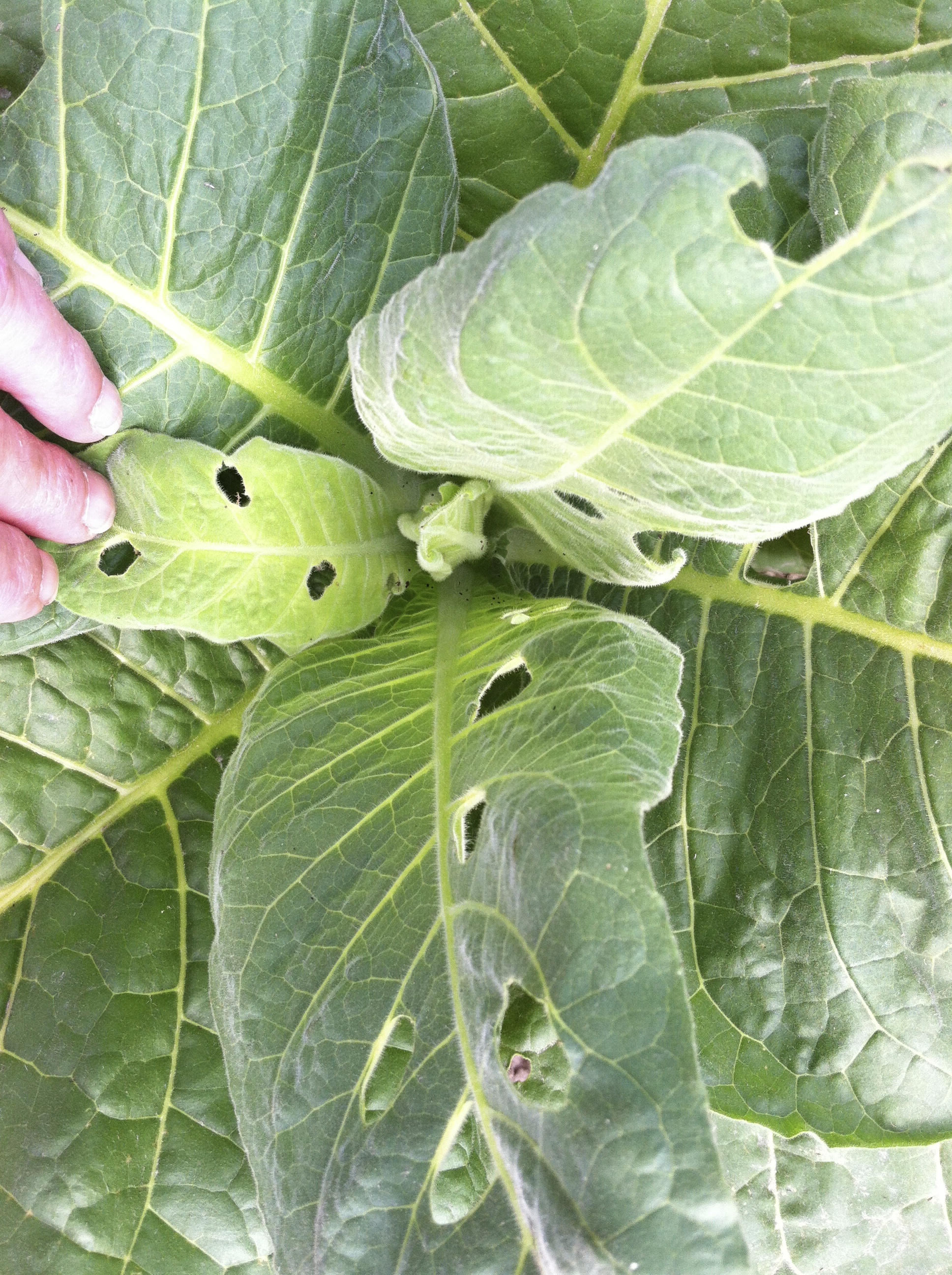 It was not uncommon to discover budworm damage to leaves from the low number of tobacco budworms noted last week. However, beneficial insects are still providing excellent control of tobacco budworms. This damage may increase as the leaf expands and should not be interpreted as new tobacco budworm or other insect feeding.

Evidence of Past Tobacco Splitworm Feeding 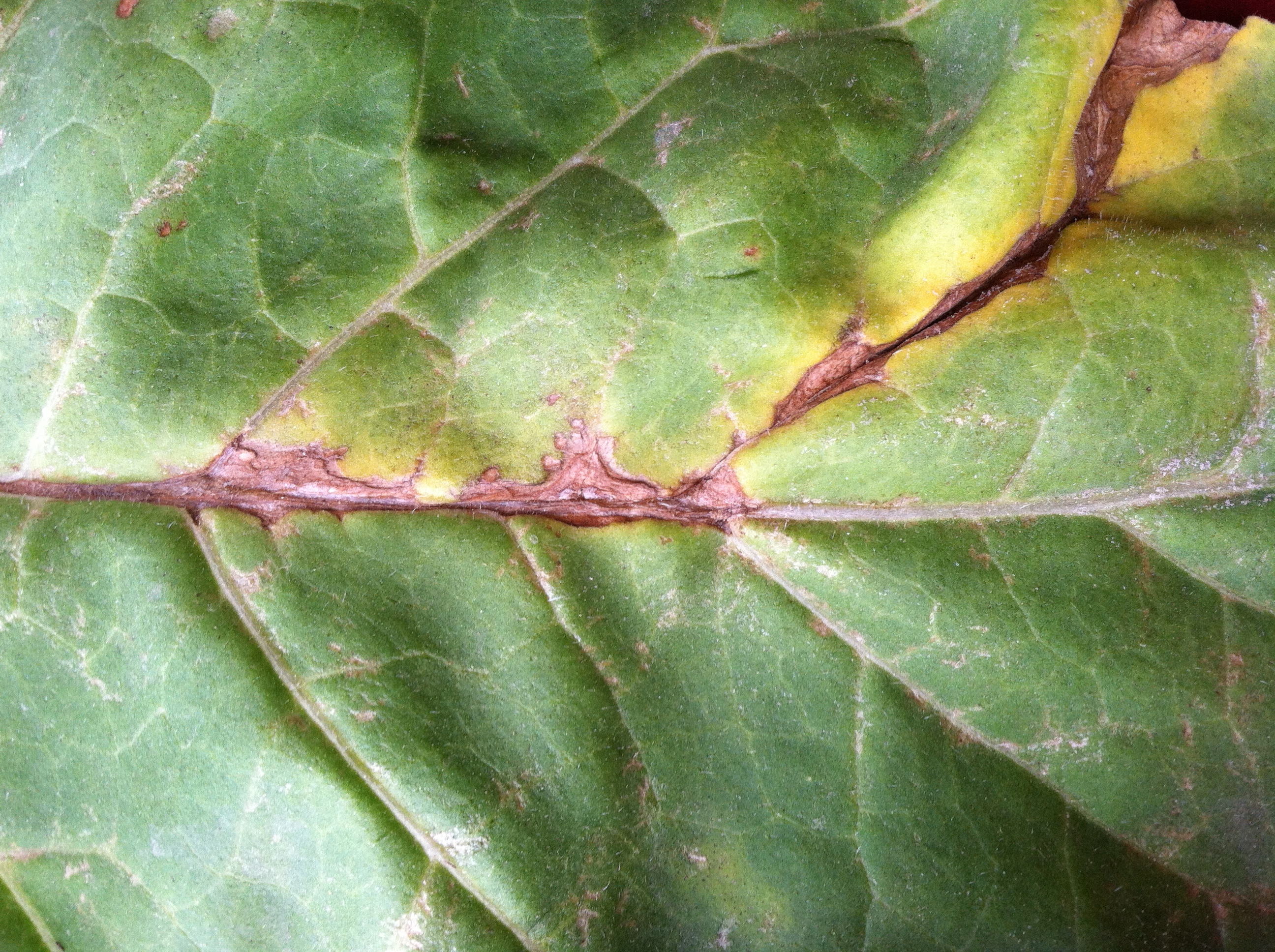 The Tobacco Splitworm, or Potato Tuberworm as it more commonly called, is a small moth pest with sporadic occurrence within tobacco. The larvae mine or tunnel between the upper and lower surfaces of tobacco leaves. Damage appears as galleries within the leaf lacking chlorophyll. A Tobacco Splitworm larvae may spend its entire larval lifespan in a single gallery so control is often difficult. Evidence of past feeding is commonly found in this week’s scouting. No live caterpillars were found so no action is recommended other than continued scouting. It is noted simply as a reminder to scout for this pest and to ensure the evidence of past feeding from this pest is not confused with disease symptoms. For more information about biology and control of this pest, refer to the Tobacco Grower Information web page at http://tobacco.ces.ncsu.edu/tobacco-pest-management-insects-tobacco-splitworms/

Tomato Spotted Wilt was the most common disease noted. Most fields remain between 6-8% incidence but isolated spots within a field may exceed 15%. Growers should note fields with higher incidence for future production. Planting date, the number of winter annual weeds and intensity as well as timing of the thrip migration are critical factors impacting TSWV incidence but some fields historically have higher TSWV and should be noted. 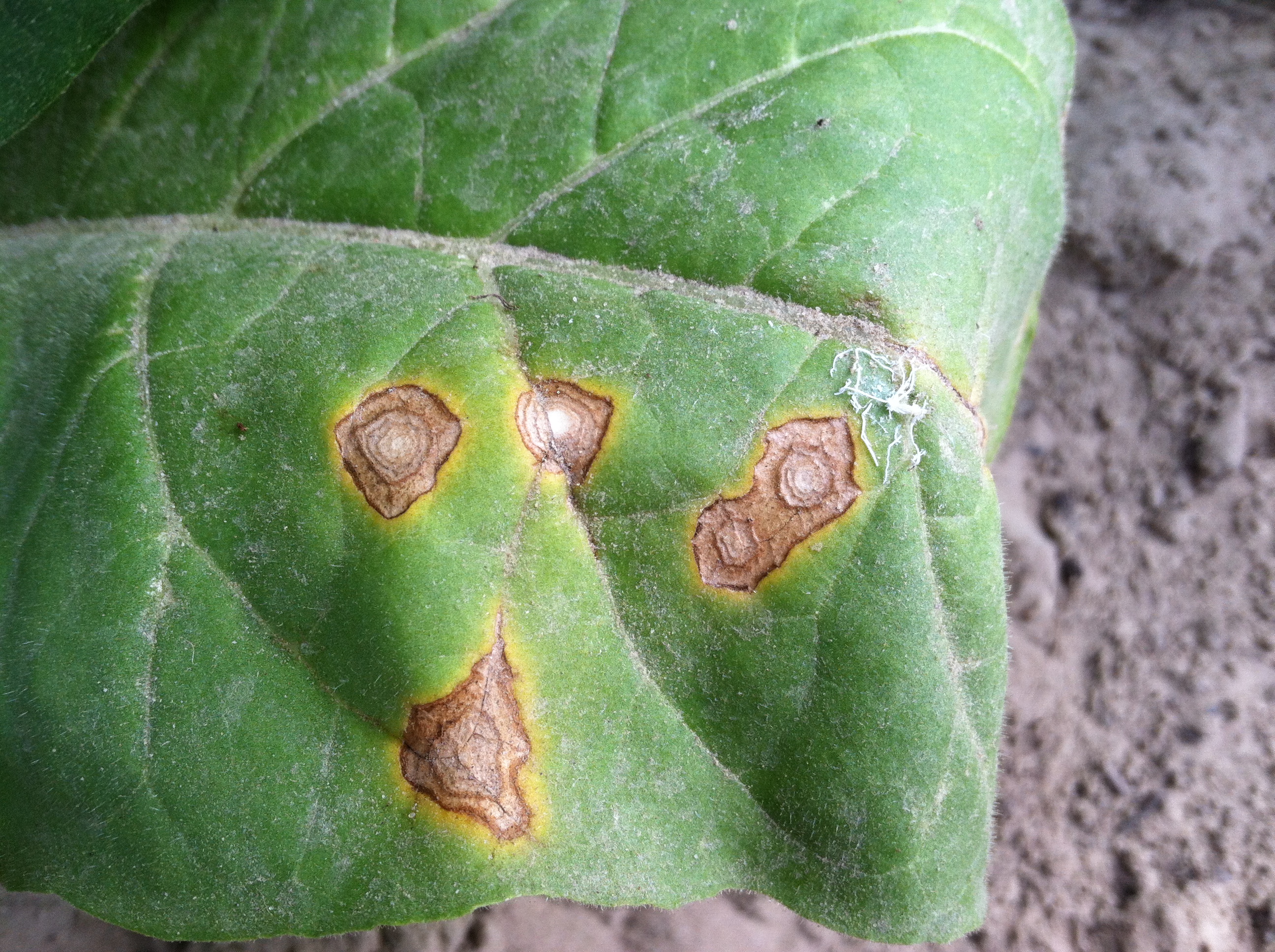 Also noted was an increasing number of bottom leaves with Target Spot. High humidity and excess fertilization favor an increase of this disease. Given our past hot, dry conditions this disease may increase if rainfall increases. Rainfall will encourage greater uptake of fertilizer recently applied, increase humidity levels, and spread spores of this disease onto rapidly growing plants. Whether or not this will occur, and if it does, whether Target Spot will cause significant yield loss is speculative. However, there is no curative control for this disease. Preventative control is provided from Quadris®, a product of Syngenta. Uniform coverage to the entire plant and early application are necessary to be effective. Growers are urged to scout fields now to make a determination as to whether or not such an application may be beneficial. Early detection of the disease at this time may provide a priority of field application should conditions favor rapid development of Target Spot. 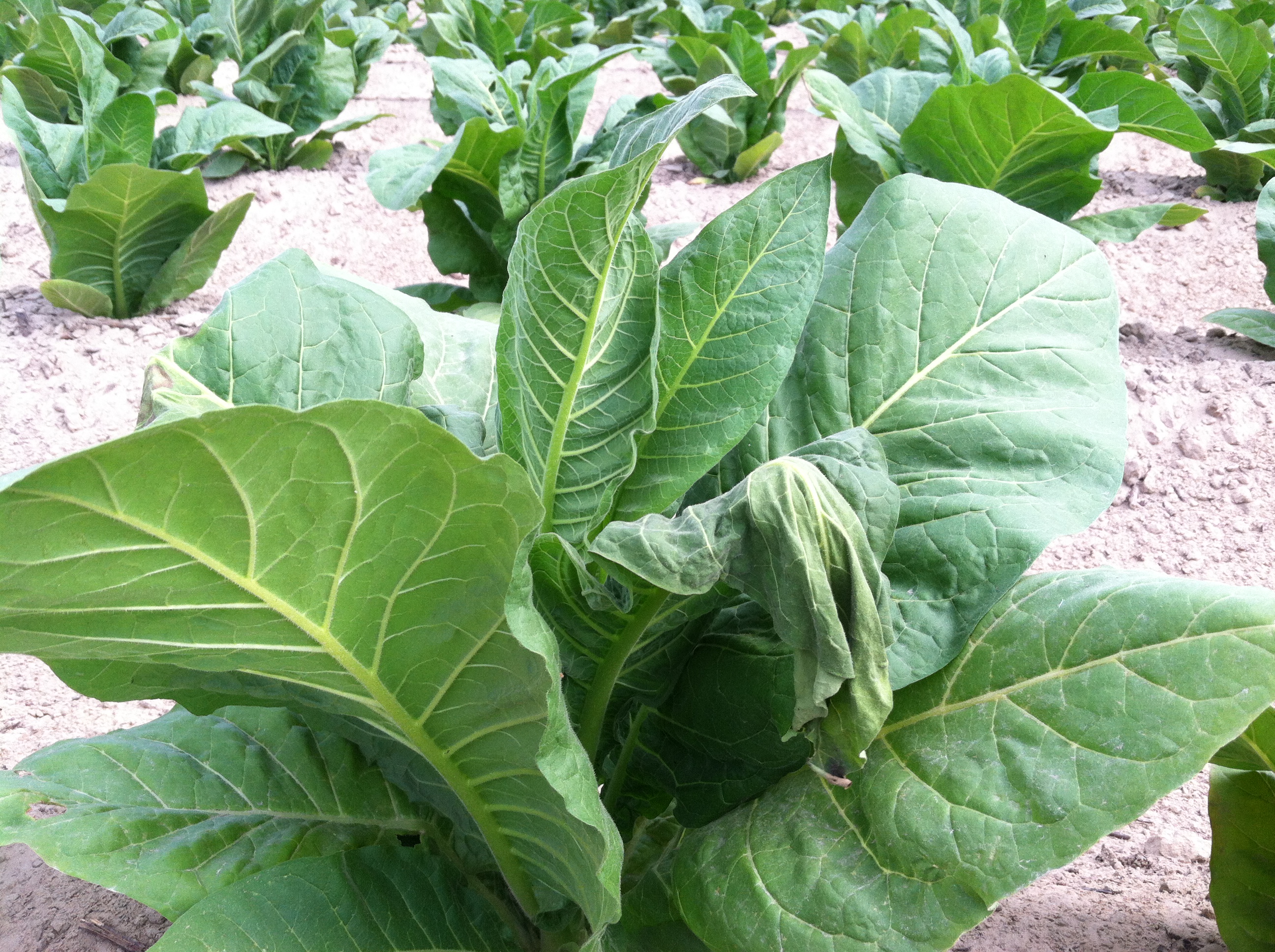 Widely scattered isolated plants within fields were noted with symptoms resembling Granville Wilt. Observation of most plant stems did not confirm Granville Wilt. Thus, it is possible that cultivation simply damaged root systems causing leaf wilt. Growers should begin close examination of such plants. No remedial control is available for Granville Wilt but Mefenoaxm product applications are beneficial and cost effective for control of Black Shank.