Why Do We Need Clean Sweep Programs?

Find this article at:
go.ncsu.edu/readext?538788
— Written By Thomas Glasgow and last updated by Jami Hooper

Craven County Clean Sweep now has six official clean up events per year. In the early 2000s, we still recognized just one – Big Sweep in October. Then we added Little Sweep in February, followed a few years later by new events in May and August. Beginning in 2018, Clean Sweep will add November and April to the list. The growth of the program has resulted from serious, continuing trash problems in the county; enthusiastic buy-in and participation on the part of the public, county government, and county commissioners; and the leadership of the Craven County Clean Sweep Board, which is comprised of local concerned citizens.

Litter shows up in a lot of places, as I was reminded on a couple of recent visits to Catfish Lake in the Croatan National Forest. But first off, let’s be clear that chronic trash problems at multiple locations around the Croatan are not the fault of Forest Service personnel. With limited staff and 160,000 acres to manage, forest rangers cannot chase around and continually clean up behind visitors who don’t respect the forest and likewise have no idea how to behave once they’re out there. Visitors who do care about the forest will have to step in and help.

Getting back to Catfish Lake, on July 14 my son and I drove in with our kayaks and launched from the furthest access point, beyond Bender Landing. The weather was perfect and the lake was beautiful, but the accumulation of garbage and filth in the parking area was appalling. We literally had to step around it just to drag our kayaks to the water.

A few days later I stopped by again to take pictures and to bag up and remove at least some of the mess. I finished with three bags full, which is small change compared to what so many other volunteers in the county are doing on a regular basis. But if any of us carries out even one bag of garbage, once in a while, that’s far better than taking no action at all. Likewise, any level of participation in local Clean Sweep events makes a difference in the appearance of our roadsides, parks and other targeted areas. And let’s not forget that by cleaning up roadsides and natural areas, we’re reducing a lot of hazards to people and wildlife.

Hopefully the photos presented below will help to illustrate the challenges we’re facing. Support your county’s Clean Sweep program! 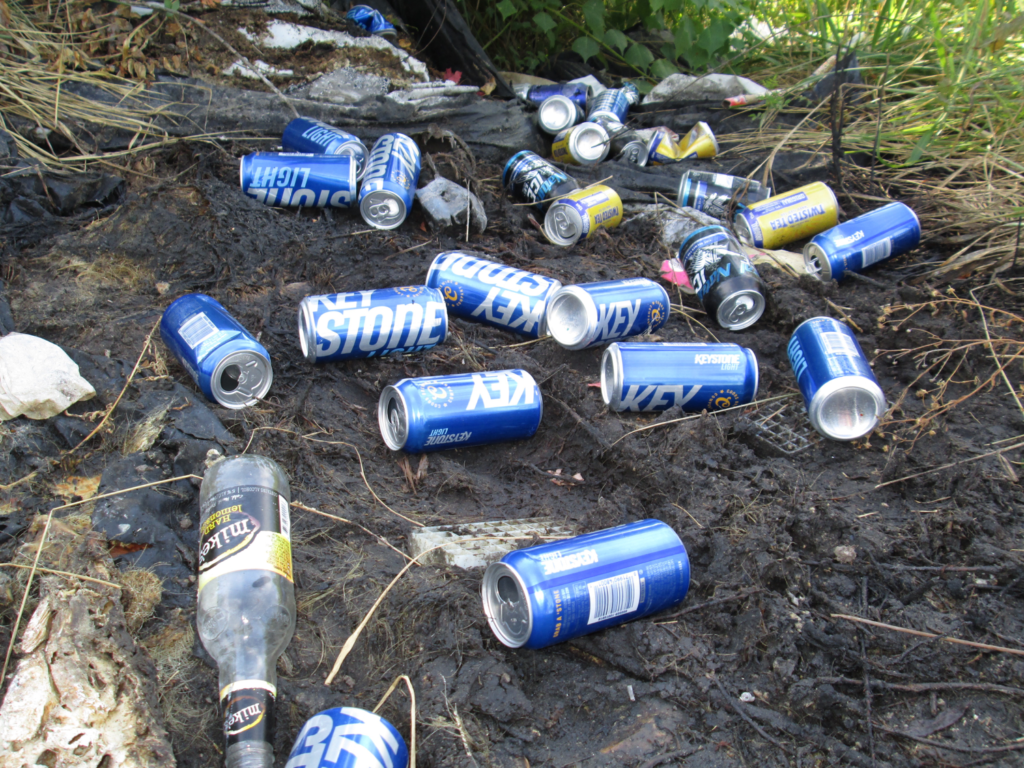 A unique skill set is needed to put away this many beers. Unfortunately, this particular skill set does not include cleaning up after oneself. 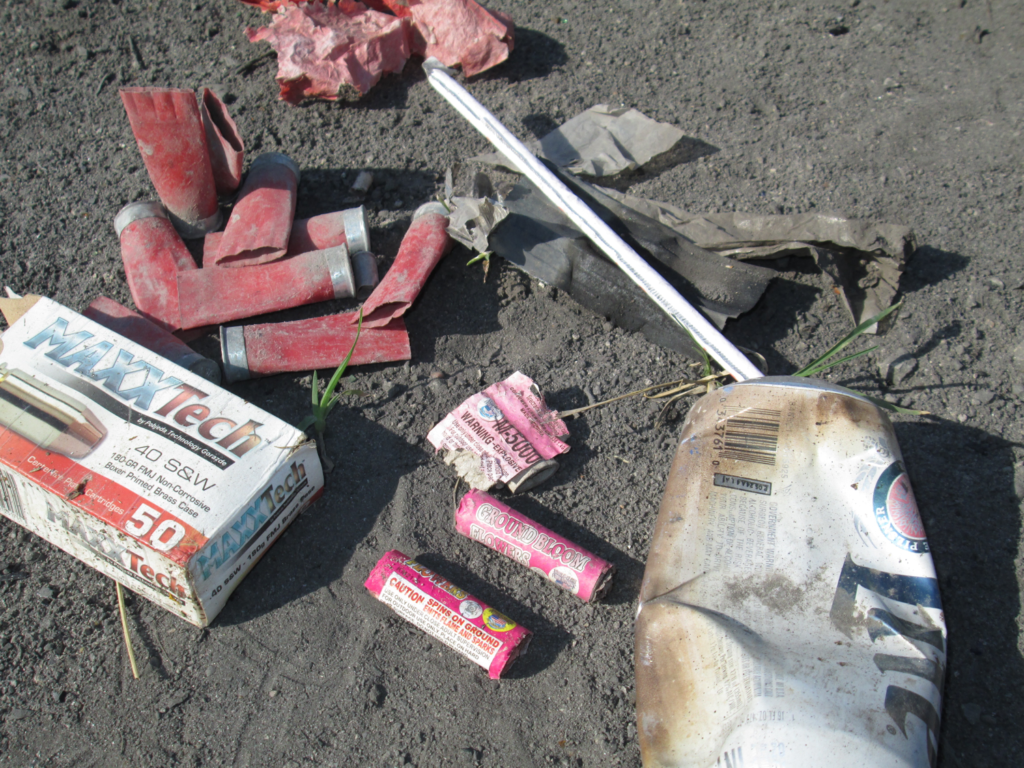 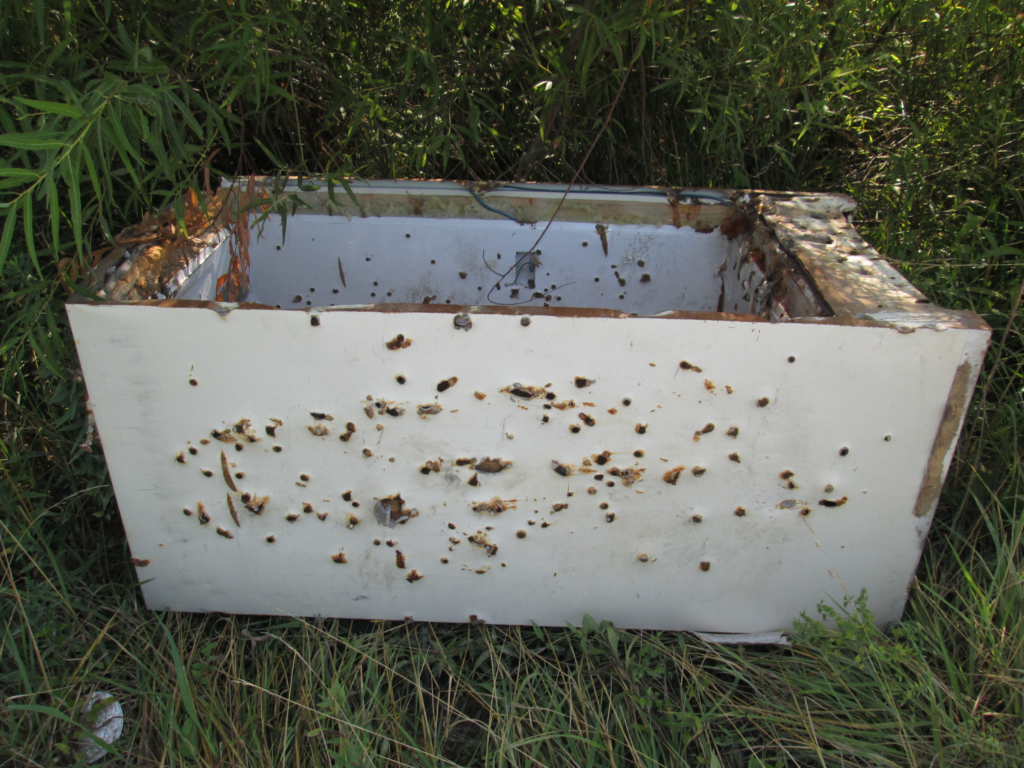 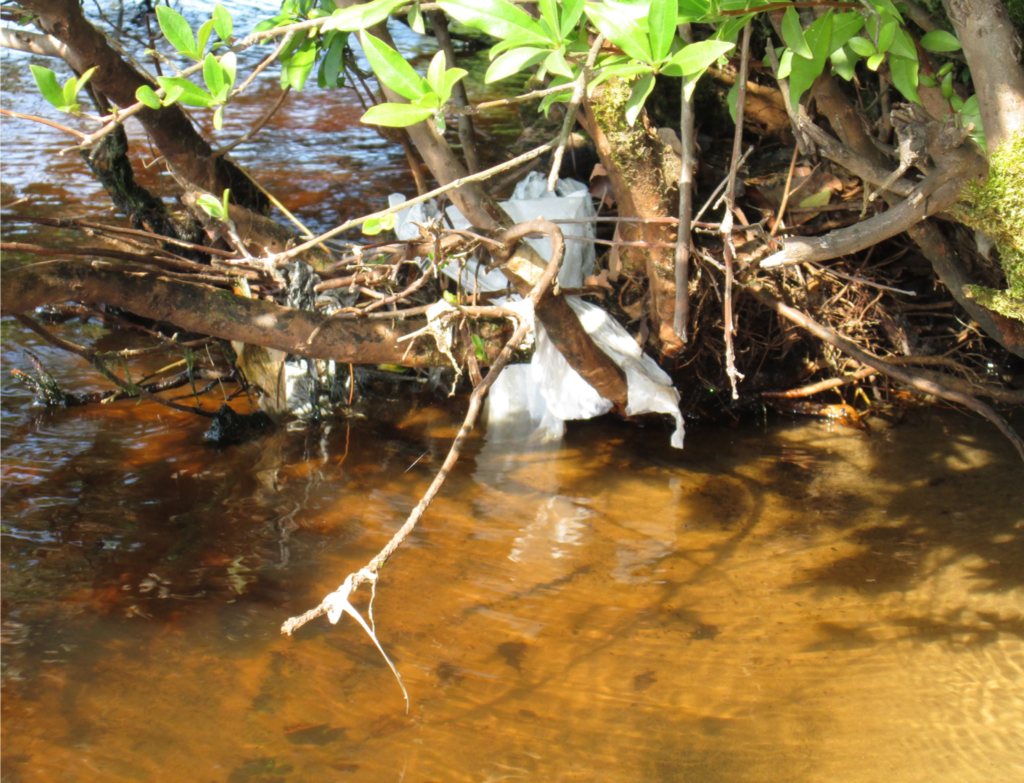 A plastic bag has become entangled in vegetation at the water’s edge, increasing the likelihood of plastic being ingested by birds, alligators or other animals. 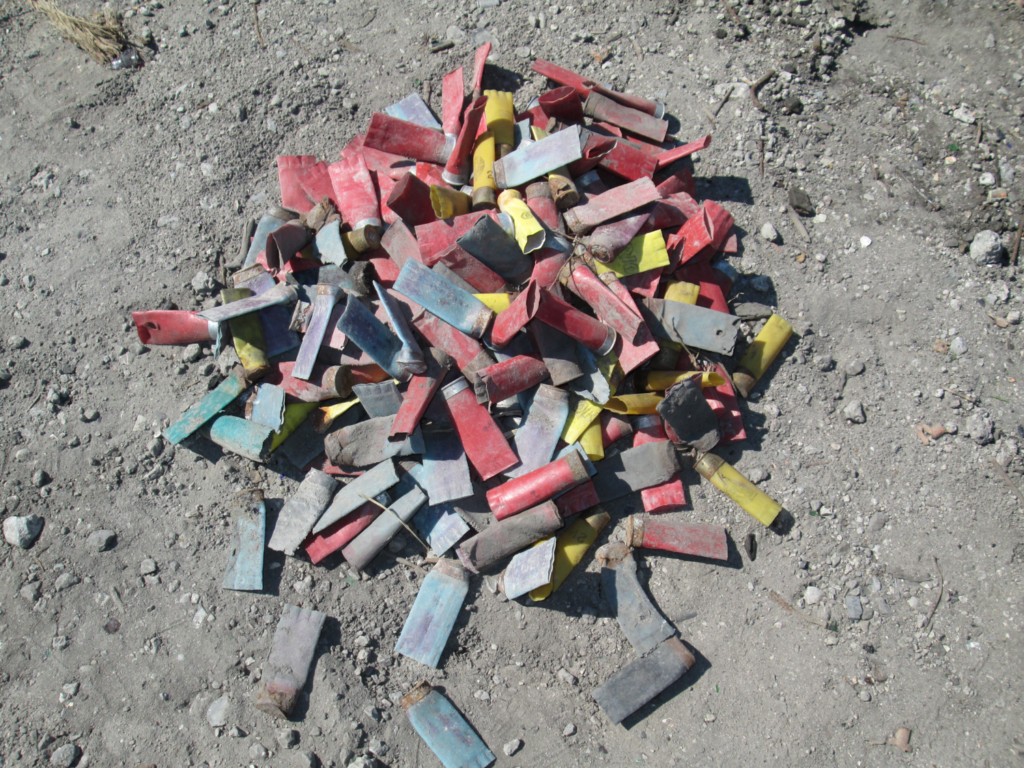 Evidently there’s an unwritten rule that says you must not pick up and remove spent shotgun shells when shooting from a fishing/boating access parking lot in the National Forest. 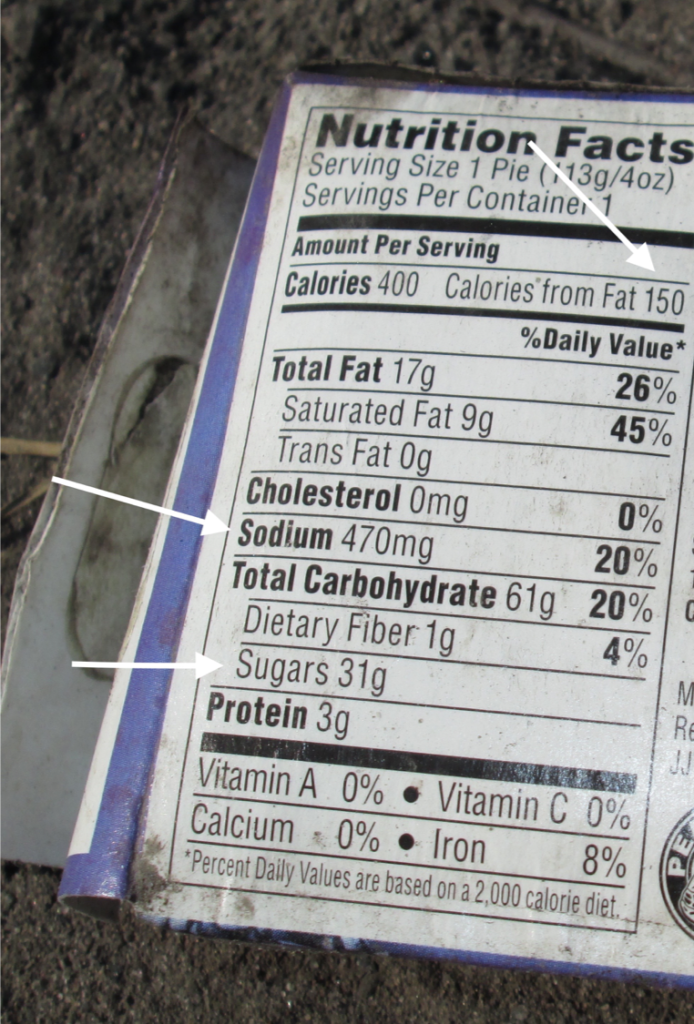 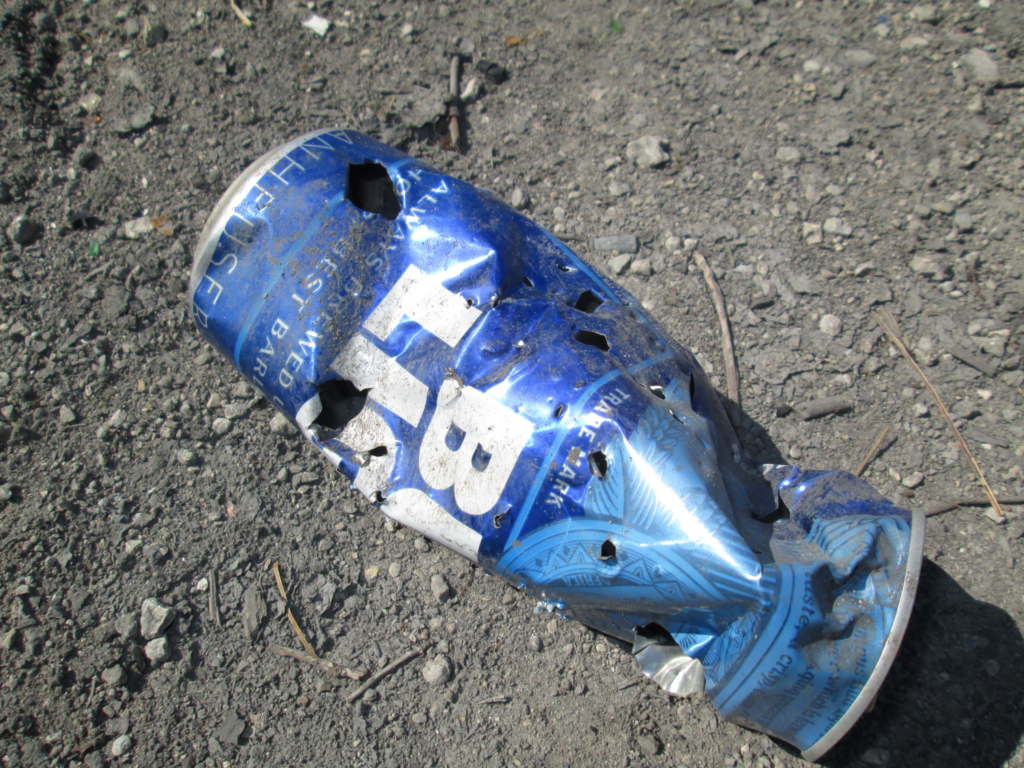 A hard-drinkin’ partier expresses his displeasure with the taste of light beer. 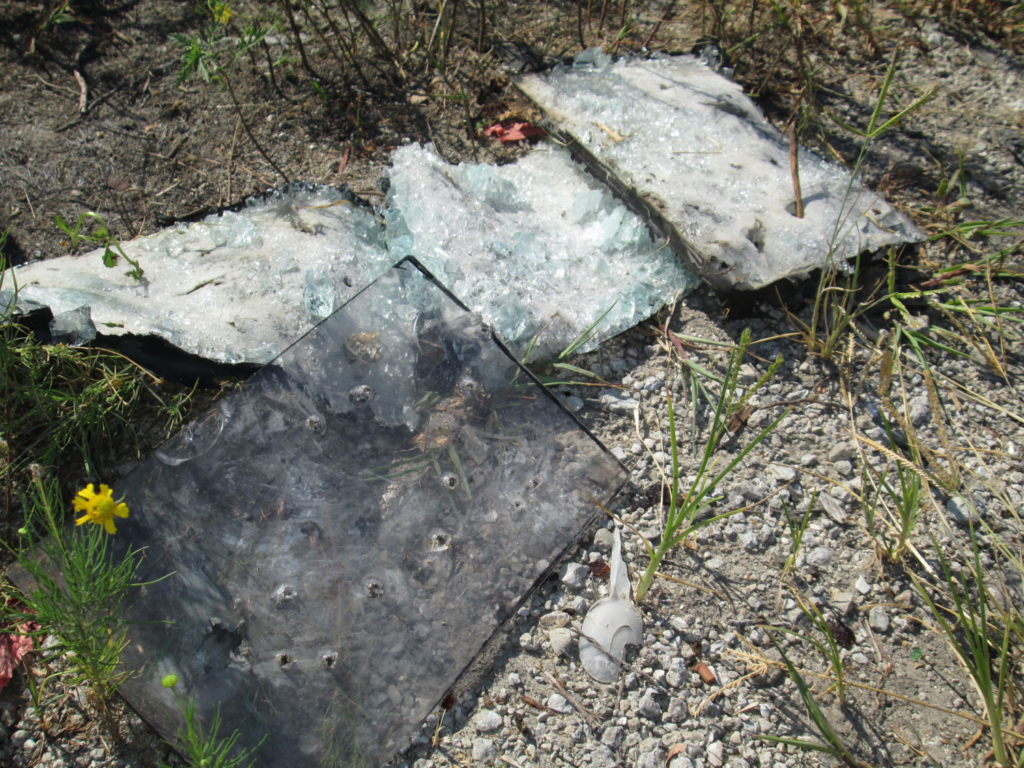 An aquarium? Hopefully no fish were inside when the shooting started. 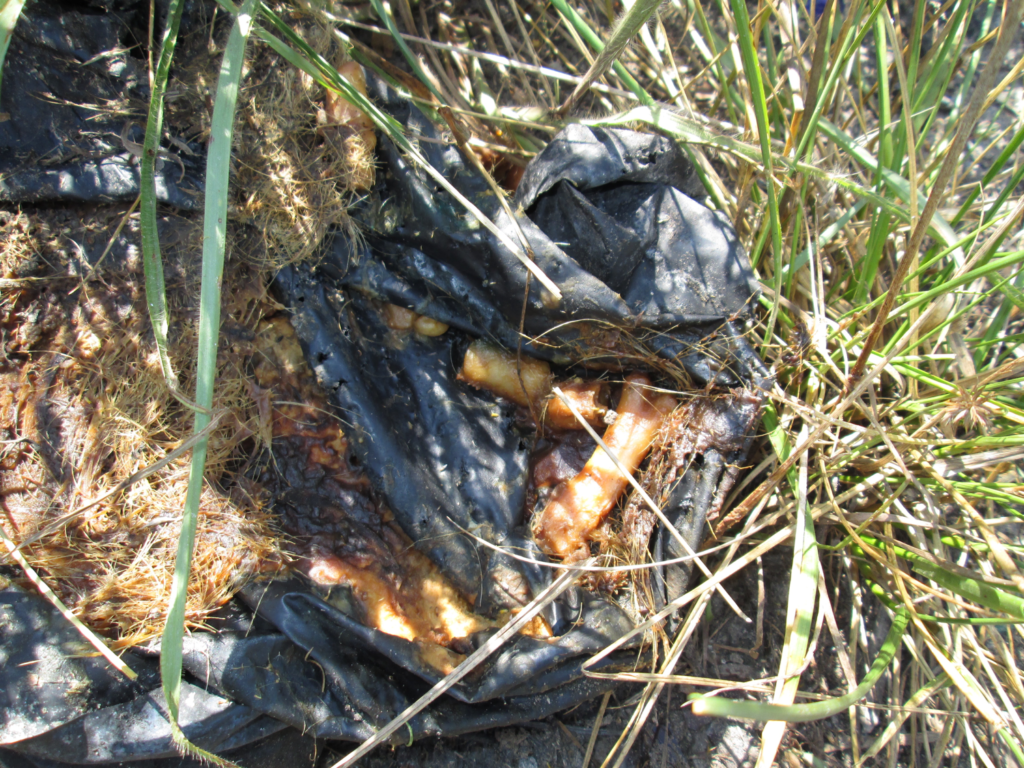 The remnants of a big barbecue were left on site in a couple of plastic bags, creating another high risk for ingestion of plastic by scavengers. 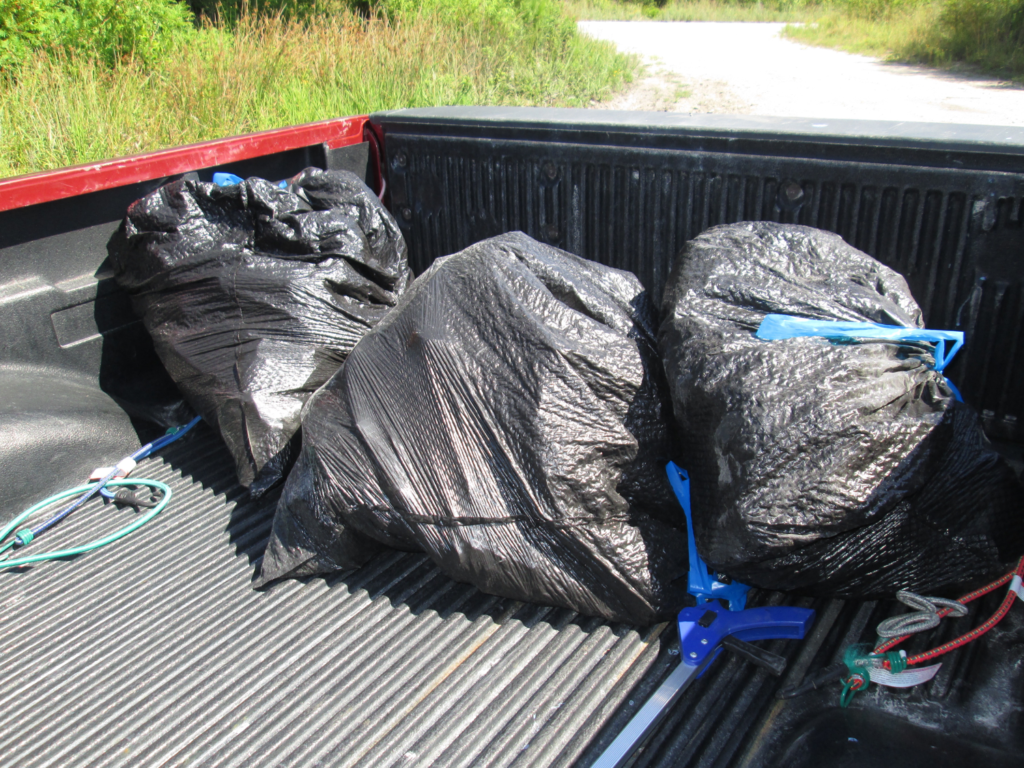 Three bags of trash on my July 19 visit helps. But many other Craven County residents, including Craven County Clean Sweep board members, civic groups, County Commissioners, and students, are doing far more, on a regular basis. Let’s pitch in as best as we can to make our roadsides, parks, and natural areas as litter-free as possible.