Crapemyrtle Twigs on the Ground?

Find this article at:
go.ncsu.edu/readext?531116
— Written By Thomas Glasgow and last updated by Jami Hooper

Is your crapemyrtle falling apart? Second question – did you top it this winter or spring? The two are related.

Some very long and slender crapemyrtle twigs were brought to the Craven County Extension office on June 5. These current-year twigs were in the range of 38-40 inches in length, which is obviously quite a bit of growth when summer hasn’t even officially arrived. The property owner stated that these twigs had bent under the heavy rains and eventually just fallen off, and she was concerned that an insect or disease was causing the problem.

The real culprit is heavy topping, and the plant’s growth response to topping. When topped, crapemyrtles will produce fast-growing epicormic growth from just behind the pruning wound. These sprouts are weakly attached as compared with normally developed branching, and with abundant rainfall can become quite long in a short period of time. Rain and wind can cause some of these twigs to break off, even before the weight of flower clusters is added.

I’m not aware of a crapemyrtle insect or disease that would cause the breaking or falling off of new spring growth. Remember that heavy topping of crapemyrtles creates additional work year to year; results in more dead wood in the canopy and more decay behind the pruning cuts; and destroys the natural growth habit of the cultivar in question. Crapemyrtles require very minimal pruning, and will be better off when managed accordingly. 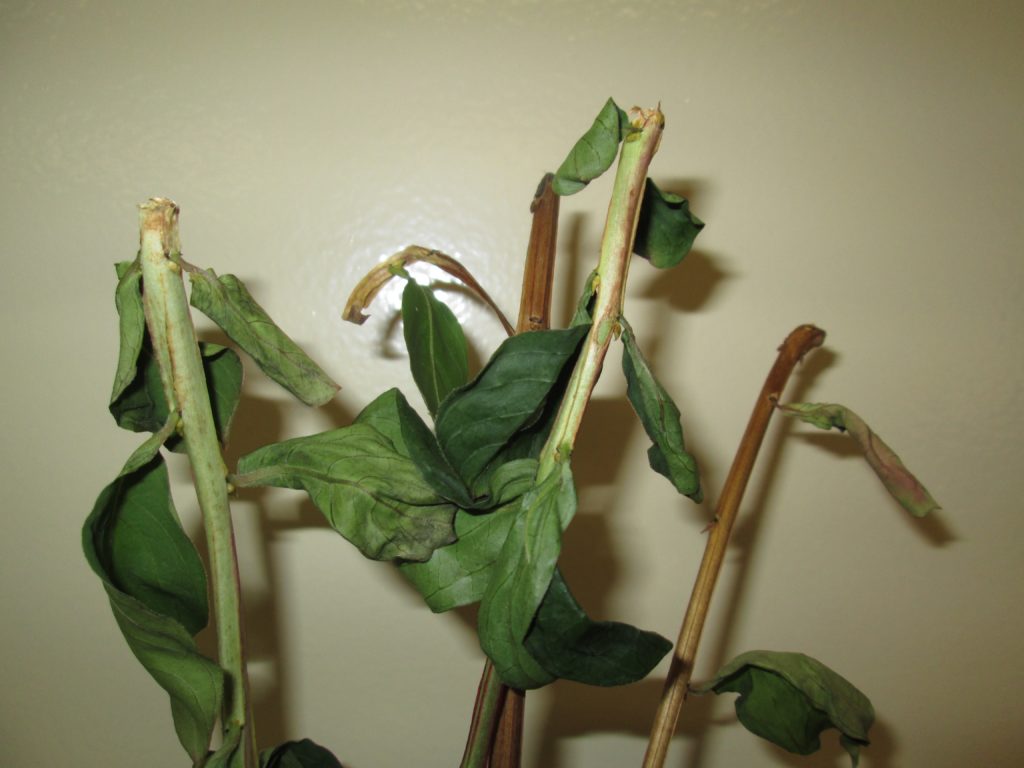 “Long, slender crapemyrtle twigs originating from heavy topping cuts are weakly attached to the plant, as compared with normally developed branching. They may actually fall off the plant when exposed to rain and wind.”